Playtech confirmed a decrease in profits by 38% 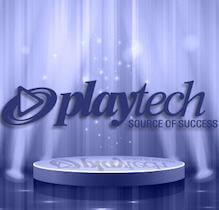 On August 23, the Playtech developer set new targets for the Asian segment, due to a significant decrease in profits for the first six months of 2018.

"It should be noted that the obstacles in the Asian market do not reflect the aggregate performance of Playtech, as the regulated segment continues to demonstrate organic growth and stimulate the dynamics," - Jackson commented.

However, he noted progress, explaining that increasing the influence of Playtech in regulated markets leads to an increase in the company's share of revenues from 50 to 69%. It is expected that in the future the income at the current exchange rate will be about 80% for the whole year.

In June, Playtech also received approval from the Italian financial regulator Consob for the takeover of Snaitech.