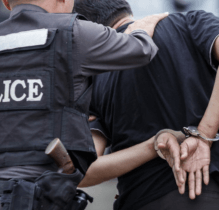 The Philippine Ministry of Justice criticized officials from the National Bureau of Investigation and the Philippine Charitable Drawings Bureau (PCSO) for lack of scrupulousness in closing five illegal online casinos.

Online casinos were operated by Globaltech Mobile Online Corporation of Quezon City. The raid and the subsequent closure of online casinos led to the arrest of 15 people.

The Ministry of Justice reviewed the evidence and the trial materials provided and concluded that the officials didn’t conduct a thorough investigation before acting against Globaltech. Officials ignored a court order prohibiting the state gambling regulator to terminate the company's activities. At the time of the arrest, the ruling was still in force.

The court order was issued by the regional office of the court of first instance of Pasig city. According to the decision, the revocation of the Globaltech license was canceled due to the alleged inability to handle gaming operations in 2016. It was about the company's operations in the amount of £100 million in the form of state shares.

A senior prosecution panel of the Ministry of Justice stated that the evidence provided by the NBI and the PCSO is not enough.

“The credibility of the NBI operatives to the documents submitted by the PCSO and Flores’s letter is inappropriate, given the fact that they have not been verified,” - the state prosecutor’s office said.