Pharmaceutical giant wants to enter the gambling market in Europe 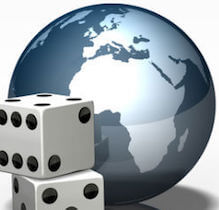 The company Easton Pharmaceuticals, working in the pharmaceutical industry since 1997, became interested in gambling. A corresponding statement was made in the press service of the holding.

It is reported that Easton Pharmaceuticals will participate in the construction of a casino hotel in Europe. Details of the project will be announced later. It is known that Easton is currently negotiating with other participants of the new facility, including the American giants of the gambling industry.

According to preliminary data, the complex will include a casino with 50 gaming tables and 1 thousand slot machines. The hotel will have 538 rooms, not including luxury apartments. On the territory of the facility will be located exhibition halls, SPA and wellness centers, shopping and entertainment area. According to preliminary estimates, the revenue from the complex will be around $89 million / year.

Evan Carras, CEO of Easton Pharmaceuticals, noted that for the company, participation in the gambling project is a new opportunity. He himself has business connections in the field of gambling. Back in the 1990s, Carras participated in the privatization of Greek casinos.

"I am delighted with the prospects of work in the field of gambling. The new project is part of our strategic plan to expand the holding's activities," - said Carras.

In August 2018, Easton Pharmaceuticals negotiated the acquisition of part of the casino, which operate in a gambling complex in Greece. There are 1 thousand slot machines, 87 gaming tables, a VIP zone, 255 rooms, 20 apartments, 8 restaurants, a conference center, a spa, a wellness center and a private beach.