Osaka: Looking for a Profitable Partnership 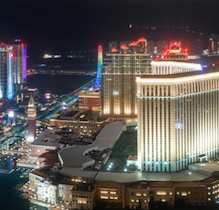 In the spring of this year, the Japanese prefecture of Osaka will search for commercial partners to create an integrated resort.

Earlier it was reported that the MGM Resorts American casino operator - the majority owner of the casino in Macau - supported Osaka’s proposal to create a casino project.

"We will support Osaka in obtaining comprehensive resort certification," - said JM Murren, Chairman of the Board of MGM Resorts.

Meanwhile, the mayor of Yokohama has not yet made a final decision regarding the creation of a casino resort in the region.

According to the national legislation on the implementation of integrated resorts, it is required that local authorities wishing to act as a host approve a formal decision on this matter, as well as select business partners.

Then a joint proposal of the regional government and its business partner, the casino operator, will be put forward for consideration by the national government. At the first stage of the market legalization, no more than three licenses will be available.

A Japanese government spokesman announced the possible launch date of the first casino resort in Japan at the MGS Entertainment Show 2018 in Macau. In his opinion, the opening will take place in 2025. However, there is an opinion that the legal gambling market of Japan will start working no earlier than in 2027.

Osaka authorities have allocated a budget of 330 million Yen ($3 million) for comprehensive work on the promotion of casino resorts. The amount was planned in the draft budget of the country for the 2019 fiscal year.

These funds should cover expenses at the stage of consideration of proposals from partners and the creation of a comprehensive plan for the development of a casino resort. For comparison, Yokohama government allocated a more modest amount for research sector - 10 million Yen.