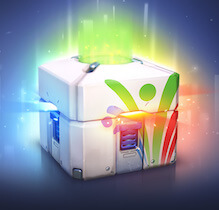 The policy of the Government of Belgium against operators using Lootboxes in their games forced them to leave the local market.

Kingdom Hearts Union X [Cross] will cease operations on December 6, 2018, Dissidia Final Fantasy Opera Omnia - on December 19, and Mobius Final Fantasy - on November 30. Overwatch and Counter-Strike decided not to leave the Belgian market, but to limit the sale of Lootboxes to users from Belgium. The EA calculates the coefficients for the lootboxes in FIFA 19.

Dutch outlets, such as Metro and Nieuwsblad, reported that the Belgian Gambling Commission (BGC) had applied to the country's prosecutor’s office asking whether it should bring legal action against EA.

EA received relevant documentation with the notification of the investigation. According to the study, it was revealed that EA sells lootboxes in FIFA 18 and FIFA 19 using randomized card packages of Ultimate Team mode.

BGC CEO Peter Nassens told the media that, even if the court decides in favor of EA, they will "advocate for the revision of the law on gambling in order to be able to eradicate lootboxes."

Suggested Reading - The number of fines for smoking in Macau increased