Online casino revenues in Greece has been increased 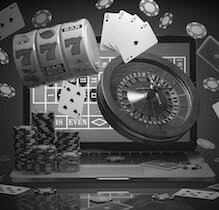 The 2018 World Cup was the leading financial success factor for Greek Internet companies operating in the iGaming industry.

24 companies operating in the online gambling segment reported a turnover of €3.2 billion and total revenues of €182.8 million between January and June 2018.

Similar results are due to the FIFA World Cup from June 14 to July 15. This event had a positive effect on the online market incomes not only in Greece, but throughout the world.

At the moment, Greek companies are working under temporary licenses in anticipation of the modernization of the segment and the introduction of a new licensing for online casinos. Despite the fact that some problems of the gaming industry require further development, we can note positive market trends: in 2017, online companies declared a turnover of €5.2 billion and total revenue from the gaming industry in the amount of €280.6 million.

The turnover for the first six months of this year increased by 24% compared to the same period last year. In turn, the income of the gaming industry increased by 30%. Moreover, in 2017, companies paid to the state about 98.2 million in taxes, and for the period from January to June 2018, the state treasury replenished with €64 million.