One of the Apple programs allows gambling content apps 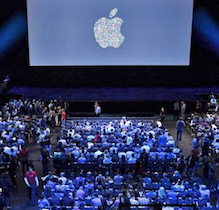 The program was also used by gambling resources in order to be able to sell their product in the App Store.

According to media reports, several dozen online casino applications have escaped Apple’s control. This was made possible by circumventing the weak screening process associated with the Enterprise Certificate and attachment to legitimate products.

The situation, according to TechCrunch, suggests that Apple has neglected the safety rules when creating the program, which led to its use for the introduction of prohibited categories.

It is significant that the company's CEO Tim Cook, who often criticizes his competitors - Facebook and Cambridge Analytica - for the incorrect use of products, should prove himself in eliminating the problem.

Last week, TechCrunch reported that Facebook and Google manipulated the rules of platforms for distributing applications that requested root access or set up a VPN. These applications allowed companies to collect data on attendance for market analysis. Apple has suspended certificates issued to both companies, but not for long.

“Facebook is using its membership to distribute data collection apps to users, which is a clear violation of the agreement with the company. The certificate of any developer who uses its corporate capabilities to distribute applications to consumers will be revoked. This is necessary to protect the rights of users associated with the receipt and dissemination of their personal data,” - commented the termination of certificates to Apple.

However, the company seems to be overly reliant on technology, skipping gambling content, which is now available to minors.