Okada Manila does not meet expectations 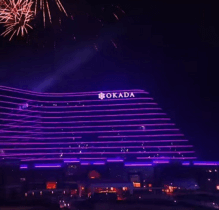 Recent financial reports indicate that the Filipino casino Okada Manila does not meet expectations. This was reported in the management of the Universal Entertainment Corp. company.

According to Universal, Okada operating loss in the third quarter increased by $1.09 million and amounted to $15.28 million, which is mainly due to an increase in depreciation.

Okada Manila has generated adjusted EBITDA (earnings before interest, taxation and depreciation). Its size in the third quarter was $ 9.488 million, in the second - $ 2.36 million, and in the first - $ 175,715.

The volume of the VIP segment in the last quarter decreased by 30% compared with the previous period and amounted to $ 1.89 billion, compared to $ 2.69 billion in the second quarter.

Revenues from gaming machines and gambling tables in the mass market increased in the last quarter thanks to several new marketing initiatives. Some of these included improving loyalty programs and promotions.

The company also said it expects revenue to increase in the fourth quarter.

“Opening of additional hotel rooms is expected in the fourth quarter. This will help support the continuous growth of business in the casino, as well as add options for positioning the resort as a possible venue for large group events for foreign business companies,” - Universal said in a statement.

The company also expects an increase in revenue from VIP casinos.