Not all Macau operators waited for permission to make smoking rooms 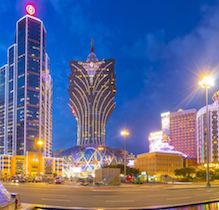 The Macau Health Bureau states that at the moment it has issued a permission to operate a total of 436 smoking rooms of the new model for 27 casinos in the city. This list includes gambling establishments operated by 6 local operators. The exception was MGM Cotai, according to the latest updated list of approved bureaus of smoking rooms, published on Monday.

In addition, as of February 11, the bureau received a total of 555 requests for the installation of new rooms for smoking in the casino.

Until December 31, VIP casino-rooms were the only places in the Macau casino where it was allowed to smoke at the gaming table. However, this possibility ceased to exist on January 1, 2018, when new rules for smoking in Macau came into force. For the industry, a grace period was established that lasted a year.

Several investment analysts mentioned earlier that the new rules of smoking are likely to be an obstacle to gambling.

Official information contained in the announcement by the Bureau of Health, states that a total of 12 gaming centers did not apply for licensing of rooms for smokers.

The document also indicated that in January, the bureau staff conducted a joint patrol of gambling establishments of Macau 250 times with the participation of officials of the city casino oversight authority - the Gaming Inspection and Coordination Bureau. As a result, 189 cases of violation of smoking regulations were detected and appropriate measures were taken.

Macau’s traditional working group, the Macau Trade Union Federation, recently announced that casino smoking violations were most often observed in some VIP halls in the city.