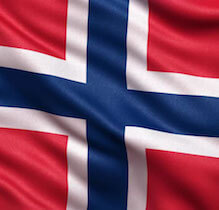 Norway Gambling Association (NGA) announced the termination of support for the new regulation. The goal of this step is to limit the influence of unregulated gambling on the territory of the state, which increased after the increase in the volume of advertising from offshore operators.

Last year, international operators spent about €91 million on television advertising in the country to circumvent the Norwegian gambling monopoly.

The NGA said that the total amount shows growth compared to 2017, but such activities are possible only through advertising on television.

At the moment, operators can advertise on channels which broadcasted outside of Norway. Thanks to this, they attract Norwegian customers. Otherwise, Norwegians have the opportunity to use only the services of state-owned companies like Norsk Tipping and Rikstoto.

This practice is likely to be banned due to changes in legislation that will occur in September this year.

Director of NGA Henrik Nordal supported these changes in order to provide Norwegian citizens with a higher level of protection.

"Responsible gaming is the availability of effective self-excluding tools and a limit on their own bets per day, week and month. Illegal operators pose a threat to our customers. To this end, our parliament asked the Ministry of Culture to introduce a DNS-lock, as well as blocking payments directed to illegal operators. We hope that all these measures will help create a more secure playing environment for Norwegian clients," - Nordal said.

Consultation on its own proposals to restrict online gambling operators with an international license to access Norwegian players, the Norwegian regulatory body (NGA) started back in April this year. It ended in mid-August.

However, as part of this fight, in early August, the NGA managed to convince Apple not to place unlicensed gambling applications in the App Store.