Non-operational profit of Travellers Int has been increased 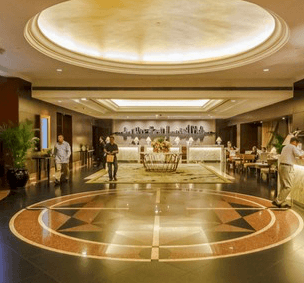 The unproven earnings of the Travellers International Hotel Group Inc (Philippine casino operator) in the first half of the year increased by 353% per annum, while the gross profit margin fell 1.5%.

The gross profit of the company Travellers International for the same period decreased by 1.5% per annum - up to 11.05 billion Philippine pesos.

"The reduction in gross profit for the first half of 2018 was due to the closure of the second floor of the gambling establishment as a result of the incident on June 2, 2017," Travellers International reported, implying an attack on a casino in Manila, which killed 37 people.

Gross gambling profits in Resorts World Manila for the first half of the year decreased by 2.6% to 9.25 billion Philippine pesos.

However, the casino operator reported a good profit from the increase in non-operational revenues over the period.

"We continue to observe growth in both gambling and non-gambling activities. This is confirmed by the results of our mass and VIP segments, the average daily attendance of 26,000 people in the first half of 2018, and the increase in hotel occupancy," - said King Sian, president and CEO of Travelers International.

He also added regarding the expansion of Resorts World Manila that in May construction of the third phase, Grand Wing, began, and next year the facility will be completely ready.