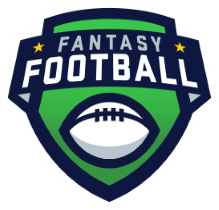 The future of daily fantasy sports (DFS) in New York is questionable. The state Supreme Court ruled that such games are gambling and violate the local constitution.

Gerald Connolly ruled that, according to 2016 state law, fantasy sport is a form of gambling. However, Connolly said, the government may amend the law to exclude DFS from the penal code.

However, the body rejected the argument of DFS operators that fantasy sports are games that require skill and are not related to gambling.

The decision adopted by the New York court is the first precedent in the United States and may entail major changes. The decision, if not appealed, will affect the DFS operations of large companies such as DraftKings and FanDuel.

Defenders of fantasy sports say that this type of game is most similar to the game of poker and also requires skill. But do not forget that poker is also a gamble.

In Asia, fantasy sports are not defined or regulated in any way, but its growing popularity may serve as a prerequisite for legalization.

In Canada, fantasy sports are classified as sports betting, and in many European countries it is legalized, but has regulatory features.

Recall that India has become one step closer to the legalization of fantasy sports bets, following the decision of Judge Amit Raval, who ruled that DFS is in fact not a gamble because it requires a significant level of skill.