New restrictions in Australia regarding gambling 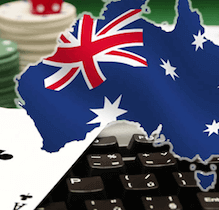 The Australian Communications and Media Authority (ACMA) has proposed additional restrictions on gambling advertising in the country.

On March 30, there was a ban on advertising of bookmakers during the direct sports TV broadcasts in daytime.

TV channels can not broadcast advertising of bets five minutes before the start of the game and five minutes after the end of the sporting event in the interval between 5:00 and 20:30.

In connection with the growing popularity of the so-called OTT platforms, which have opened new opportunities for broadcasting sports events, ACMA proposes to introduce similar restrictions on events which will be broadcasted over the Internet.

"The proposed restrictions will provide a safe zone on existing and new media platforms in times when it is likely that children can watch the broadcast," ACMA reported.
The representative of the regulatory body said that the revision of existing provisions took into account the comments of stakeholders received during the consultation on an earlier draft published in April 2018.

Representatives of ACMA proposed to introduce new rules in July 26.