More than 15 American casinos under threat of destruction 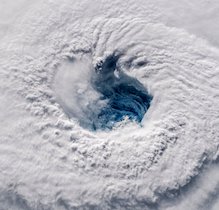 Florence Hurricane, which is going to the East Bank of the United States, can cause significant damage to large representatives of the country's gambling business. More than 15 properties, including Caesars Atlantic City Casino, Borgata Casino, Foxwoods Resort Casino, are under threat of destruction.

It is expected that a dangerous storm will soon collapse on the East coast, where the cataclysm has already provoked a flood and storms.

Despite the fact that the hurricane is not as strong as at the start, the authorities warn that a huge number of people can suffer from a natural disaster, in addition, there is a risk of a catastrophic flood.

"The first blows are coming, but we have a couple more days," - said Roy Cooper, Governor of North Carolina.

He called this storm a test of self-control, teamwork, common sense and patience.

The National Meteorological Service reported that in North Carolina, an eight-month rainfall will fall within two days.

Suggested Reading - The ASA issued a warning to Gala Interactive