Mohegan plans to develop a casino resort in South Korea 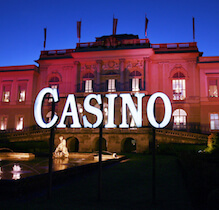 The resort near Incheon Airport will be completed by 2022. The subject of the object will be “cinema”. Soon, it is planned to sign an international partnership agreement between American and Korean companies.

The project with an area of about 4.4 million square meters will be developed in several stages and involves an investment of € 2.1 billion. A casino for foreigners, a five-star hotel, a multi-purpose concert hall and a conference center will be built at the area. The casino resort is expected to create over 1 million jobs and attract 3.6 million tourists a year.

IIAC CEO Chung Il-Young announced that the groundbreaking ceremony will be held in 2019.

“There have been several attempts to build theme parks in South Korea, but this is the first time that tangible progress has been achieved,” - said the CEO of IIAC.