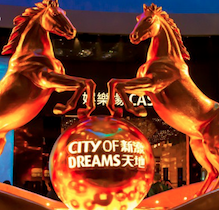 Melco Resorts and Entertainment Ltd, an Asian casino operator, said it is planning to introduce in a few months a new deposit system for the company in the reserve fund for Macau employees who do not hold managerial positions.

Representatives of the company noted that the new system was the result of held consultations, which continued from the beginning of the year. One of the Macao trade union groups said that the operator was delaying the decision of this issue.

Earlier this month a picket was held near the City of Dreams Macau resort casino, organized by the New Macau Gaming Staff Rights Association. This group also submitted a petition on this issue to the authorities in mid-August.

On Friday, Melco Resorts representative said that under the new system, the contribution to the insurance fund will be 5% of the base salary, plus guaranteed tips, if applicable. There will also be a one-time bonus in the amount of a monthly salary for Macao employees who are not in the executive team after the completion of the process relating to their participation in the new pension fund planning.

The statement did not specify what was the percentage of the base salary earlier. However, some working groups complained that the casino operator did not take tips into account.

"This issue has been under consideration since the beginning of this year and is based on the opinions of employees received through regular focus groups and other direct channels that have been used since 2014," - representative of Melco Resorts said.

Two weeks ago, Melco Resorts was informed about the negotiations with the Macaus Federation of Trade Unions and the Macau Gaming Enterprises Staff's Association regarding this issue.

And on Friday, the casino operator announced that since January 2018, 144 meetings had been held.

"This is in addition to the general survey of employees in the sector of table games, which is held every six months from May 2012. We also work closely with the relevant government departments of Macao," - the press service of the company stressed.