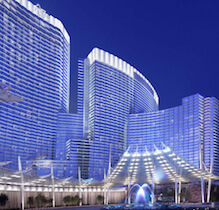 Cypriot casino C2 Nicosia opened its doors to visitors. This is the first of four satellite casinos implemented under the exclusive Melco agreement with the Government of Cyprus. In parallel, the company is building an integrated resort - City of Dreams worth €550 million.

Melco issued a statement referring to Craig Ballantyne, President of the City of Dreams, stating that five gaming tables and 50 slot machines are located at the new 970 m2 site. The presence of five tables for board games turned out to be unexpected, since the initial plans indicated that only four slot machines would be placed on the four satellite platforms. However, the status of a single gambling operator allows you to change the intended course.

The second Melco’s satellite casino is scheduled to launch at the end of this month at Larnaca International Airport. The third casino, in Paphos, was also supposed to open this year, although the official report did not indicate the dates. Despite this, Ballantyne claims that these gambling houses will “greatly assist the Cypriot government in fighting illegal games.”

This summer, Melco launched the temporary casino C2 in Limassol, which will be backed up until the main resort opens in Zakaki, the westernmost quarter of the Limassol municipality. Presumably the launch of the facility will take place in 2021.