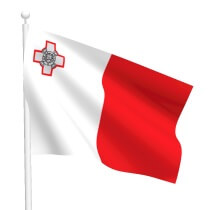 Malta’s licensed online operators had about 800 unfilled job positions at the end of last year, mainly due to the lack of qualified candidates.

The Malta Gaming Authority (MGA gaming regulator) published a report entitled “Skills related to the remote gaming industry in Malta”, which was prepared based on a survey conducted with online licensees in the first quarter of 2018.

So, we are talking about 58 unfilled positions in senior management, 201 - in middle management and 522 - at the operational level.

Nearly three quarters (72%) of the employees of online operators were not Maltese. This indicator has increased by four points since 2016. MGA suggests that the fact that most of the vacant positions are at the operational level enables the local educational system to teach the skills needed to fill these vacancies.

Most positions are empty due to the lack of experienced candidates (33%) or the necessary qualifications (24%). The next reason is competition with other remote operators of gambling (23%). Maltese operators reported that 37% of new employees joined the team after leaving the competing firm.

In order to improve the skills of employees in the field of gambling, the European Gaming Institute of Malta (EGIM) was founded in November 2017. EGIM launched the first educational programs last month.

Suggested Reading - Vietnam approved the construction of a casino