Legislators of Macao will decide the fate of casino workers 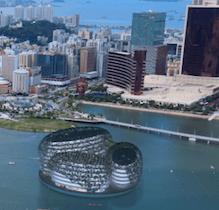 The debate and vote on the bill, which proposes to prohibit casino workers in Macao from entering the territory of a gambling establishment outside of working hours, will take place today.

This step is aimed at solving the problem of gambling among casino employees, especially among the croupier. According to the gambling regulator of Macau, in case of violation of the ban, all responsibility falls on the casino operators.

If the law draft receives support in the first reading, the next stage will be its transfer to one of the three committees for detailed consideration. After the committee publishes a report on this legislative act, the document will return to the assembly for the second and final reading.

In each committee of Macao, responsible for verifying legislative acts, there are 10 or 11 members who hold their meetings behind closed doors.

The bill banning casino employees from gambling is the third of five items to be put to vote on July 12. If the discussion within the established time is not completed, the voting will be postponed to the next day, July 13.

If the bill receives the necessary support by votes, the ban will enter into force in one year after the publication in the Official Gazette of the government.