Largest Gambling Zones Of The World

People are reckless. Despite the bans and restrictions, which annually enter into force around the world, players use every opportunity to experience fortune. In order not to deprive the gamblers of this possibility, but at the same time to control it as much as possible, gambling zones were created.

What is a gambling zone?

The gambling zone is a specially designated territory, part of which is allocated to gambling complexes. Their activities are strictly regulated by legislation: gambling zones are often the only place in the country where gambling is allowed.

Las Vegas, located in the state of Nevada, many people consider the Las Vegas as the "heart" of gambling. It ranks first in the number of casinos in the world. Every year, the institutions of Las Vegas is visited by more than 40 million tourists.

1931 became for the State of Nevada the year of official legalization of gambling, after another 10 years the gambling history of Las Vegas was marked by the opening of the first casino called El Rancho Vegas. The institution is not available nowadays.

Since then, the number of casinos in the city has grown every year. The largest and most famous casinos are Wynn Las Vegas, Circus Circus, Planet Hollywood, Venetian, Flamingo, Stratosphere, Bellagio, Luxor.

Tax revenues from gambling constitute the basis of the city budget. However, tourists are attracted not only by the casino: they come to visit various concerts, nightclubs, sports competitions, finals of beauty contests, theatrical performances.

In 2017, a tragic event took place in Las Vegas. On October 1, the city hosted a country music festival called Route 91 Harves. At this time, a local resident Stephen Paddock committed a mass execution. He opened fire from the window of his room in the Mandalay Bay hotel . This tragedy led to the death of 59 people, another 527 were injured.

Macao is the only territory in China where gambling is allowed. It should be noted that the gambling business brings to the city budget large deductions - income from it is about 70% of the total tax profit.

Gambling in the territory of Macao was allowed in 1847, but the gambling business began to develop 115 years later - in 1962. It was then that the syndicate Sociedade de Turismo e Diverses de Macau (STDM) became the owner of monopoly rights to organize gambling.

After the expiration of the monopoly of STDM in 2002, the right for gambling got Soccerade de Jogos de Macau, who was a subsidiary of STDM, and the operators of MGM, Galaxy Entertainment Group, Las Vegas Sands and Wynn Resorts.

At the moment, there are 33 gambling establishments in the territory of Macau, in which there are 850 gambling tables and 4 thousand slot machines in total. About 30 million tourists visit the casino every year, coming from all over the world. Among the most famous institutions - Galaxy, Grand Lisboa, The Venetian, Wynn Macau, Studio City, etc.

The history of gambling business in Singapore began in 2005, when the ban on gambling, which lasted for forty years, was lifted. Currently, two casinos operate legally in Singapore - Marina Bay Sands and Resorts World Sentosa, which began operations in 2010.

This gaming zone is the second largest in the US after Las Vegas. The year of the opening of the first legal casino in Atlantic City, which was located in the Chalfont Haddon Hall Hotel, is 1978. 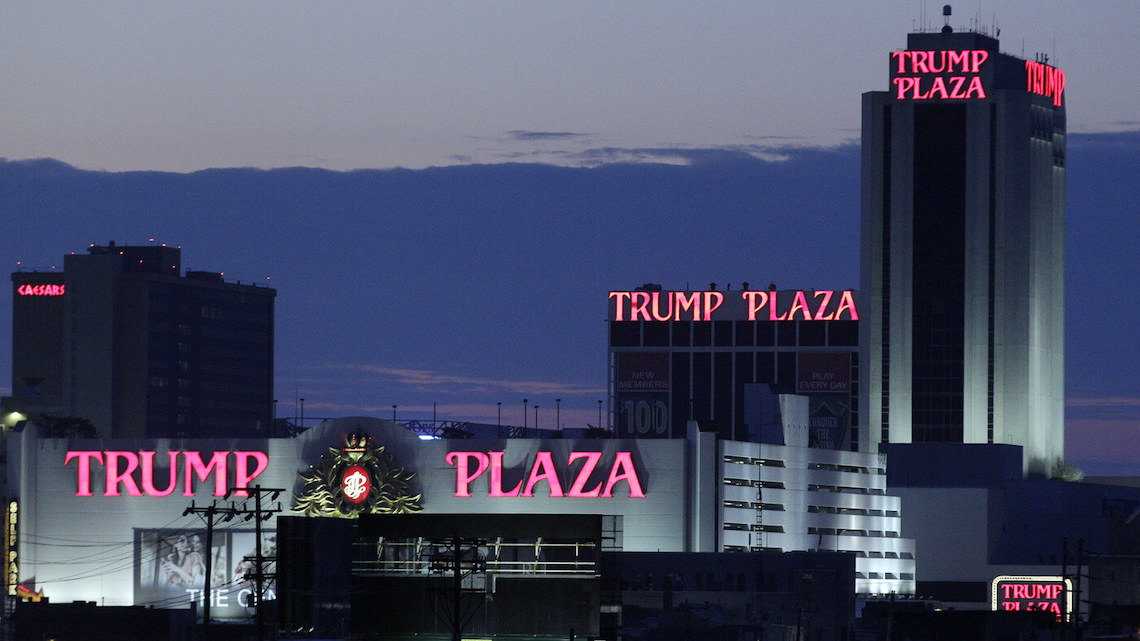 On the east coast of the United States is located the entertainment complex Borgata, which remains the most visited place in Atlantic City. Borgata includes a casino of 860 thousand square feet in which there are 200 gambling tables and about 4 thousand slot machines. In addition, the hotel is located on the territory, with more than 2 thousand rooms, as well as nightclubs, restaurants. The revenue of the Borgata complex in 2017 reached $ 800 million. The second place in both profitability and attendance in Atlantic City was the casino Tropicana. Tropicana revenues for 2017 reached more than $ 385 million. During the year, winnings in the Internet casino Tropicana grew to $ 42.5 million, which allowed this institution to take the second place and bypass the casino Harrah.

The Gambling Regulatory Division of New Jersey (DGE), analyzing the financial performance, noted that the gross profit from operating activities of the Atlantic City casino in 2017 increased by 22.5%.

For the summer of this year, it is planned to open two new casinos: Hard Rock Hotel (Casino Atlantic) and Ocean Resort Casino.

In South Korea, there are several casinos, but the citizens of the country can play only in one institution - Kangwon Land. All other gambling establishments are oriented towards foreigners. At the same time, South Korea is considered one of the most promising regions for the development of gambling business. According to the analysis of the Association of Casinos of Korea, for the first two months of 2018, the casino turnover for foreigners grew by 15.9% per annum, income was 204.78 billion of Korean Won ($190.7 billion).