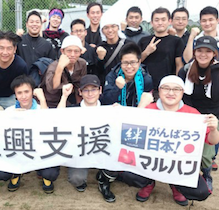 Several of the largest Japanese pachinko operators supported the victims of the July floods that occurred in Western Japan.

As a result of the cataclysm, more than 230 people died. Especially large scale problem has reached in the prefectures of Hiroshima and Okayama. In addition to human casualties, local Pachinko salons were also damaged.

The Maruhan operator assembled three squads of volunteers who went to Kurashiki, Okayama Prefecture, to eliminate the consequences. Groups clean the streets of debris and pollution.

Serious financial support for the Red Cross of Japan was provided by Dynam. The operator donated $370,000 to the organization. Most of this money came from Dynam customers.

The third in terms of the number of outlets in Japan, the Pachinko network, Gaia, also donated money to the House of Representatives of Japan and other public organizations.

In December, the Japanese parliament approved the construction of casino-resorts in the country. As a result, in a few months the popularity of pachinko machines has declined.

Suggested Reading - Mad Max will be immortalized in the casino