Large group of organizers of illegal gambling was arrested in China 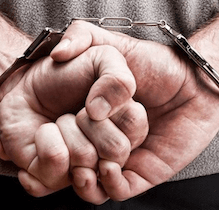 The Chinese government news agency reported on August 19 that police in the eastern province of the country arrested 56 suspects in the crime. The local press reports that the proceeds from illegal activities amounted to about 7.8 billion yuan ($1.1 billion).

According to the police of Jiangsu Province, the investigation began in January 2016, after information was received about the gambling website that was opened in the Philippines. Since then, the site has attracted more than 114,000 users.

The message does not specify whether the gambling website is related to the activities of the casino. Website was primarily focused on betting and provided an opportunity to make bets online, and this is allowed by the government of Philippines.

The police reported that they went to the group after identifying four suspects through information about their bank cards. Two hackers were arrested in Shanghai last year. They are among those who worked with the website. Then the police got access to the backend data and was able to solve this crime.

Thus, 50 suspects were arrested in Shanghai, Zhejiang province in eastern China, the southern provinces of Fujian and Guangdong, and six more suspects elsewhere on the mainland after returning from the Philippines. Currently, the investigation is underway.

Earlier in the Chinese province of Guangdong, the police managed to block the illegal platform of the online casino, which accepted deposits in the crypto currency.