Kazuo Okada worried about the future of the Universal Entertainment Corp 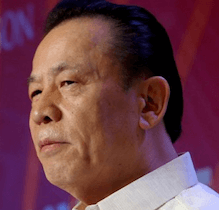 Businessman Kazuo Okada believes that if he does not return to the post of head of the Japanese-based gaming conglomerate Universal Entertainment Corp founded by him, then the value of business will fall within a year, which will not only damage him personally, but also will damage the public shareholders.

"We are losing time," the businessman said in his big interview in Hong Kong. "Universal Entertainment loses. Japan's pachinko market is shrinking," - he added, referring to the company's main business segment in the domestic market of Japan.

The campaign, launched against Kazuo Okada, has not abated until now. He was charged with fraud, while the businessman himself denies everything, claiming that he was slandered.