Kazuo Okada wants to investigate the acquisition of Tiger Asia 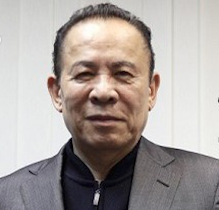 The founder of the Universal Entertainment Kazuo Okada called on the Philippine Stock Exchange to conduct a thorough investigation of the takeover transaction that Tiger Resort Asia Ltd (whose shares Universal holds) offered to Asiabest Group International, Inc.(ABG).

Okada called for a detailed analysis of the upcoming deal, during which Tiger Asia will acquire shares worth a total of 646.5 million Philippine pesos. According to Okada, who owns 34.41% of Tiger Asia, the main nuance is that in his company no one consulted with him and didn't even report on the planned deal.

"AGB, as a company officially registered on the stock trade market, is obliged to disclose all information about the forthcoming purchase and sale transaction, especially taking into account the legal differences in the issue of Tiger Asia's authority to conclude such a transaction," - the lawyers of the magnate said.

Okada was kicked out from the board of directors three years ago in connection with accusations of misuse and misappropriation of financial resources of the company. Then his children - the son Tomohiro and the daughter Hiromo - combined their shares in order to get a controlling stake in Okada Holdings. Later, Hiromo took the side of his father and gave him a power of attorney for his 9.78%, due to which his share increased to 56.16%. In August, in connection with all the same reports of fraud, Okada was arrested, but released on bail.