Kawasaki - a new contender for a casino resort 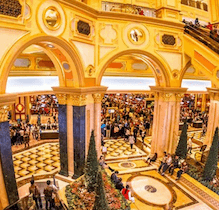 Municipal government of Kawasaki announced the decision to consider the application for the development of IR, after the industry will be regulated.

After the bill on the introduction of integrated resorts was approved by the Japanese legislature, the casino industry was closer than ever to final implementation. However, there are a number of discussion questions. One of them concerns the placement of future integrated casino resorts.

Recently, the central government of Japan conducted a survey among prefectures to identify those most interested in the development of IR. Kawasaki was not in the lead, so consideration of this possibility by local authorities, which became known today, excited the market.

By “consideration” we mean that from the very beginning we did not exclude the possibility of building IR on our territory. Now, no specific studies have been carried out, - said the mayor of the city of Kawasaki Norihiko Fukuda. - IR can be effective. Taking into account our financial situation, we must take such an opportunity.”