Joa received the 25th license for the casino operation 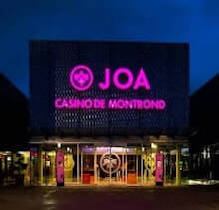 Joa, the third-largest gambling company in France, received the 25th license for the gambling activity. The permit will be the starting point for a license awarding for the construction of a new gambling facility in the municipality of Saint-Laurent-en-Grandvo.

It is known that the operator will invest about €7.5 million in the project. The complex is being implemented on the border with Switzerland.

Representatives of Joa said that they do not intend to restrict themselves to providing services in the casino sphere. Project will include a hotel complex, a casino, a lounge-zone, parking and other related services to similar all-in-one establishments. Presumably, the project will be realized within two years and will be opened in 2020. It will be similar to the current operator complex in Gifomon-Champoeber (France).

The term of the license for Joa, issued within the existing concession, is 20 years. After it expires, the operator will have to transfer the building of the gambling object to the balance of the municipality.

Currently, Chinese gambling giants are waiting for the opening of a new gambling complex called the Grand Lisboa Palace. The exact date of launch of the facility is not yet known. The operator for this will be SJM Holdings.

Suggested Reading - Analysis of the situation in the world gambling