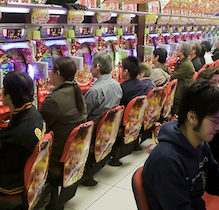 According to a Japan Times report on Monday, January 29, Osaka Prefecture plans to partner with the city of Osaka to file a joint application for one of the licenses. They hope to get permission to open a casino resort (IR).

The publication reports that the third largest prefecture in population should officially join this rivalry with the nearby location of Wakayama, as well as with Nagasaki in the west of Kyushu. All of them seek to obtain one of the licenses in the hope of creating new jobs, while bringing many other economic benefits to their regions.

The Japan Times reported that the Kyodo News survey, which was conducted in November and December, covered all 47 prefectures in the country, as well as about 20 major cities that can race for one of the three licenses for the construction of integrated new casino resorts. The study also showed that the governments of the cities of Yokohama, Tokyo, Nagoya and Chiba are still planning to consider the future of creating IRs in the future, like the prefectures of Tokyo, Ibaraki and Hokkaido.

According to the survey, the government of 17 other eligible cities and prefectures have not officially decided whether to participate in this race. Another 40 clarified that they would not file applications because of concerns about public safety. So, Miyagi Prefecture indicated the likelihood of people having problems with gambling. Shimane Prefecture, where the private sector is mainly located, said it intends to promote the development of tourism through historical sights and nature.

Paradise City - another candidate for a license

Paradise Co., which together with the Sega Sammy gaming company operates the Paradise City casino in South Korea, is considering the expansion of the partnership. The company plans to apply for a license to build an IR in Japan.

However, representatives of the company reported that Pak Pyong-Yong, President and Chief Executive Officer of Paradise, is only considering this issue.

He also added that he was not worried that a joint project implemented in South Korea might lose Japanese customers.

Back in October, Sega Sammy showed interest in a new market. The company released an integrated report for 2018, which states that it is gaining experience in various areas related to the opening of a casino resort. The company acquired Phoenix Seagaia Resort in 2012 and has been a partner of Paradise in the management of Paradise City since April 2017.

Despite the fact that in July last year, the Japanese parliament approved the introduction of the casino industry, citizens still disagree on this issue. For example, residents in Yokohama, whose government presented the initial plans for IR, overwhelmingly opposed this idea.