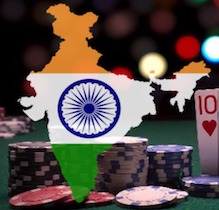 The All-India Gambling Federation (AIGF) has asked the Prime Minister of India to block payments between local players and gambling operators licensed in the international market.

AIGF addressed Prime Minister Narendra Modi with a letter in which she called for limiting the work of licensed international gambling operators. It also highlighted nine online operators, including 1xbet, Betfair.com, Bet365.com, BodogIndia.com and Jeetwin.com, which the federation accuses of accepting bets from Indians, as well as luring citizens in gambling, and putting them at risk of gambling addiction.

The agency claims that the operators are engaged in fraud and violate the laws of India. In Sikkim, online gambling was available by using terminals located in designated areas. It was expected that this step will contribute to the development of tourism.

It seems exaggerated by the federation’s claim that international gambling sites represent a threat to national security.

However, AIGF has nothing against Indian gambling operators. The Federation urged Modi to consider a proposal from the Law Commission of India (LCI), which had previously recommended that the central government should legalize and regulate the betting market. It was assumed that only Indian licensed operators will be represented here.

It is worth noting that Jay Sayta, the founder of GLaw and the former secretary general of AIGF, openly criticized the position of the federation, finding it inappropriate.