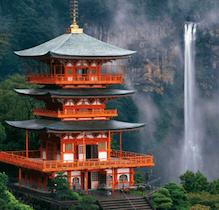 The Wakayama prefectural government formed a team of eight people to work on a project to create integrated resorts in the region.

Wakayama still maintains the position of the best candidate for the construction of integrated resorts in Japan, especially after the government decided to create a group to assess the best way to implement projects. A task force of eight people was appointed to develop the most effective plan for the introduction of integrated resorts in the prefecture, as Japan is already ready to create its own casino industry.

According to a recent statement by Governor Yoshinobu Nisaki, from April next year new employees can be accepted into the team. In addition, he explained that the working group will be provided with its own premises, as it is very interested in implementing IR on its territory, despite the fact that some analysts doubt regarding the chances of possible casino construction in this prefecture.

After the adoption of the relevant legislation, Japan should determine exactly where the casino industry will develop in the country. That's why the Wakayama government conducted the information request process, which ended a few days ago, and until the end of August, information was received with about 33 companies. Once all the necessary data are systematized, the report will be developed and submitted to the government.

While the Wakayama government hopes that integrated resorts will be built in their prefecture, the residents of Yokohama do not want such a perspective for their city. This is evidenced by the data of a survey conducted by local authorities.