In Sweden, sanctions are imposed on the first violators of gambling legislation 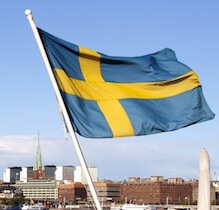 The gambling regulator Spelinspektionen accused two licensees in the newly opened Swedish online gambling market for providing people who have applied for self-exclusion from the casino with access to gambling sites.

Alerts were sent to Genesis Global Ltd and AG Communications Ltd, a subsidiary of Aspire Global. Both companies are licensed to manage several websites in the country.

Companies were warned that they would face serious sanctions if, by January 10, they could not provide an explanation of why they had not yet fulfilled the requirements of the self-exclusion system. In addition, they need to report when and how this issue will be corrected, representatives of the regulatory body added.

Currently, more than 10,000 people have joined the Spelpaus.se initiative, which was introduced in the country due to the realignment of the online betting market and interactive gambling. The scheme allows people to send a request to restrict their access to gambling sites for a certain period.

Spelpaus.se gives users the opportunity to abandon gambling for one, three, six months or until further notice - an option that has been in effect for at least one year. According to the regulator, to date, the vast majority of those who filed applications have chosen the longest self-exclusion period.

The regulator stated that those who ignored the requirements did not appear to have checked the Spelpaus.se registry before allowing their customers to play. Therefore, companies could not provide an active connection to the Spelpaus.se system.