In Prague, the struggle with illegal gambling does not stop 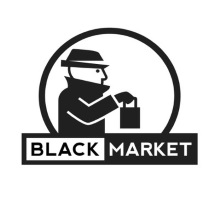 According to the decision of the mayor's office of Prague, adopted in 2015, gambling bars were banned in the city. Only casinos licensed by the Ministry of Finance are recognized as legal.

The number of casinos that may be allowed in each particular area of the city is determined by the town hall. Some of them adhere to a zero tolerance policy.

Since the fight against gambling addiction is considered one of the urgent problems of the Czech Republic, the ban on gambling establishments has contributed to the reduction of gambling addiction. In addition, people suffering from addiction often commit petty theft, which makes a destructive element in the management of territories.

Thus, the two districts of Prague completely abandoned gambling slot bars and casinos. In 2011, there were 694 gambling establishments in Prague. However, gradually, due to the amendment to the law on gambling and the decision of the City Hall, their number decreased until it disappeared.

Three more districts abandoned casinos on their territory, while the Ministry of Finance completed the procedure for revoking licenses.

At the present moment, in one of the districts of Prague, three gambling establishments have survived, but managers are still not satisfied with the pace of liquidation of the casino. The county hopes that the current Finance Minister Alyona Shillerova will speed up the process of canceling the remaining licenses.

Currently, 21 gambling establishments are operating in Prague. According to Deputy Mayor Peter Heim, they are all under the close supervision of the authorities. In the near future, the number of casinos will be reduced to 18.

According to statistics from the Czech government and the EU, there are 110 thousand problem players in the country, which is two times more than in any other European country.