In Minsk, computer technology was used to steal money from a casino 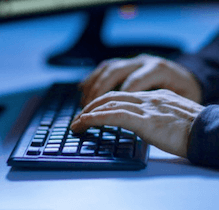 According to information provided by the press service of the Minsk court, the theft of money from the gambling establishments of the capital took place by using computer technology.

An organized group of criminals has been involved in the theft of gambling funds since December 2016. It is reported that participants of a group of scammers from Russia and Belarus got more than 222 thousand rubles.

For the implementation of illegal actions, computer technology was used, which was introduced through the administrators of gambling establishments and allowed to change the algorithm of the system.

Over a dozen people were convicted on charges of unauthorized access to computer information. Violators face up to 4 years in prison, confiscation of property and a ban on working in the gambling business for another five years.

The sentence was not executed and can be appealed.

Recall that on October 4, a video got into the network in which law enforcement agencies stormed an underground casino in the capital of Belarus, Minsk.