In Latvia, one of the gambling operators was refused to issue a gambling license after interviewing residents 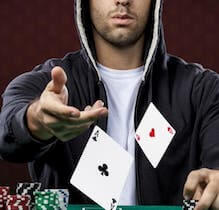 In Latgale (Latvia), municipal authorities seek to protect local residents from visiting gambling establishments. After a poll among the Latvians, elected representatives of the people refused in licensing of the operator of the gambling business.

Residents of Latvia believe that two gambling establishments in one municipality is to much. The LVBet operator wanted to open a new gambling hall in Lebanon, and has applied for licensing twice, but both times got refuse. In the first case - due to the inconsistency of the location with the rules for the functioning of gambling establishments. When re-requested, the company refused due to a survey among residents. According to the results of the poll, which was attended by 1,200 Latvians, the total majority (96%) spoke against the opening of the slot machine hall.

The media reports that the municipality of Rezekne was tasked with eliminating gambling halls in the city. However, the task has not yet been brought into action, as the local government is considering the legal instruments for resolving the issue. Such difficulties arise because the gambling business in Latvia has legal grounds for functioning, so it’s completely legal.

According to official data, in September 2018, 8,649 gaming machines were registered in Latvia. Revenues of gambling operators in the first 9 months of 2018 amounted to € 196 million.

Among the players of the Latvian gambling market, the largest representative is Olympic Entertainment Group (OEG).