In China the only canidrome were closed 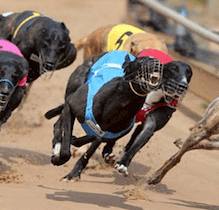 After the closing of the track by Macau (Yat Yuen) Canidrome Co. Ltd., the authorities of Macau sheltered 500 animals that were regularly abused.

The only place in China where dog races were organized was the former Portuguese colony. However, after repeated requests of the supporters of animal protection stadium was closed. The reason for this was the cruel treatment of animals that participated in the races by their owners. Dogs, whose performance in the race was unsuccessful, were euthanized after the end of the match.

After the company freed the stadium, representatives of the local civil and municipal affairs, who arrived at the site, found that 533 abandoned dogs were left in the room. Many of them had serious health problems, they were in need of medical treatment.

In turn, the representatives of Macau (Yat Yuen) Canidrome Co. Ltd. refused to take responsibility for the future fate of animals that have become unnecessary. They explained that dogs are not part of their assets, and they offered to take care of them to local authorities.

In the meantime, employees of gambling establishments of Macau were banned from playing casinos during non-working hours. The corresponding bill was passed unanimously by the Legislative Assembly of Macau in the first reading.

Suggested Reading - Google will not advertise gambling in Italy