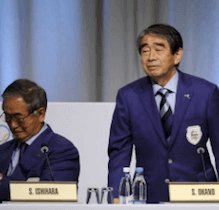 After the committee of the Upper House of the Seimas passed the law on integrated casino-resorts (ICR), several large gambling companies confirmed their interest in entering the Japanese market.

Messages were received by local media from heads of gambling giants - Lawrence Ho and Sheldon Adelson.

According to Ho, for Japan, Melco Resorts and Entertainment Ltd is the main direction in the development of the company. He stressed that future local ICRs will become "a development of a new generation". The company is well aware of its chances of obtaining a license, as it negotiates with all interested in the development of the local gambling industry. Lawrence Ho said that he was eagerly awaiting when the process of applying for a ICR license would begin.

In turn, chairman and CEO of Las Vegas Sands Corp. Sheldon Adelson said that Las Vegas Sands has the best financial opportunities, the richest experience in the development of gambling business and a great reputation in the world market.

"We will provide a comprehensive approach to the development of the Japanese casino industry," Adelson said.

Experts add that the approval of the draft law on the ICR will be a new milestone in the development of the economics of Japan. One of the first licenses for the implementation of the ICR is available to government partners from the private sector. Despite favorable prospects, some analysts believe that operators will face a number of problems, and expectations will be far from reality.