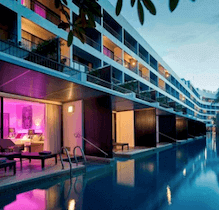 The company Hard Rock International (HRI) plans to enter the market of Ireland. Together with Tifco Limited, a hotel operator in Dublin, wants to implement a new project - a boutique hotel.

The number of rooms is 120. Guests will be offered services of restaurants, bars, live music, room service 24/7. According to preliminary data, the project will be implemented by the end of 2020.

HRI stressed that entering the Irish market will allow the company to expand its presence in Europe and move to a new level of development of the hotel business.

Most recently, the company announced plans to enter the Japanese market. Official sources confirmed that in September in Tomakomai city new HRI office will start working.

Suggested Reading - Poland is covered by a wave of censorship