Grand Lisboa Palace will be opened in 2019 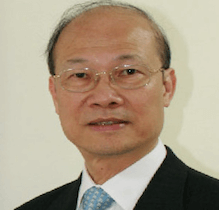 SJM Chief Executive Officer Ambrose So Shu Fai announced that the Grand Lisboa Palace will be opened in the second half of 2019. Thus, in the area of the Big Bay in Macau will be a new entertainment offer for tourists.

SJM was planning to launch a project worth 36 billion Hong Kong dollars ($4.6 billion) by the end of 2018. However, due to unforeseen circumstances, including the fire that occurred during the construction last year, the expected opening date has been shifted.

Earlier this year, Ambrose So Shu Fai noted that the opening of a new project in 2019 or 2020 will be phased.

Responding to a question about smoking in an institution, he called on the government to simplify procedures for controlling the halls, which currently require approval from several organizations. He also asked to extend the deadline for submitting applications for the creation of smoking areas.

On October 4, representatives of the Health Bureau reported that the government body is still accepting applications for the creation of smoking rooms. They warned that premises that were not approved or do not meet the new standards should be closed until January 1, and operators will be required to pay a fine in the amount of 200,000 Hong Kong Dollars.