Gambling operators of Netherlands got a record fines in 2018 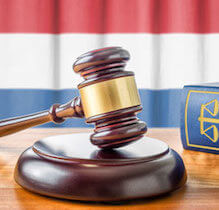 By the end of 2018, Authoritativeness (KSA), the regulator of gambling in the Netherlands, received a record amount of €1.7 million (£1.5 million / $1.9 million) in fines for violations regarding license conditions. In total, last year, 23 sanctions were imposed on violators.

Administrative penalties in the Netherlands can be imposed without the approval of state prosecutors or judges. The exceptions are cases in which companies do not stop activities that violate the rules for a fixed period of time after a warning. Administrative coercion is a measure appointed by the KSA that prescribes specific actions for offenders to bring them into compliance with the rules for regulating gambling in a given jurisdiction.

Among seven administrative penalties, five were related to online iGames. Betclic Everest Group, part of Bet-At-Home, a subsidiary of Betsson Corona, the operator Mr Green, MRG, CyberRock Entertainment and its subsidiary Honeydew, as well as William Hill were punished for unauthorized gambling players. Currently, this segment is prohibited, as the government plans to release a number of new regulatory measures for online gambling.

In addition, an administrative fine was issued for the ITC lounge Internet café for providing sports betting services.

Fines in the Netherlands have been rising since 2012. The new results for 2018 represent a significant jump in comparison with the figure for 2017 (€1 million).