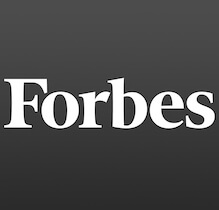 Six billionaires whose business interests are related to the gambling industry of Macau, occupy a prominent place in the list of 50 richest people in Hong Kong according to Forbes.

Despite the fact that the rating of most magnates fell, Henry Kar Shun Cheng - chairman of the Chow Tai Fook and New World Development jewelry group, which is part of the board of the SJM Holdings Ltd casino - has managed to improve his position. In recent years, his business empire has sought to expand its interests in the casino industry, participating in projects in Vietnam, Australia and the Bahamas.

Louis Che Wu who is considered the richest man in Hong Kong and ranked third in last year's Forbes ranking list. Wu is the founder and chairman of Macau's Galaxy Entertainment Group Ltd casino. Forbes estimated the capital of an entrepreneur at $14.8 billion.

At the 28th place on the Forbes list is Pollyanna Chu Yuet Wah, whose assets amount to $3.3 billion. The Chu family is controlled by Kingston Financial Group Ltd, an investor in two casinos: Casa Real on the Macau Peninsula and Grandview on Taipa.

Lawrence Ho Yau Lung, manager of Asian Melco Resorts and Entertainment Ltd casino, this year dropped to 34th place. Ho's capital is $2.3 billion. In addition, he is the youngest billionaire on the Forbes list: the gambling magnate is only 42 years old.