Gambling legislation will be changed in Germany 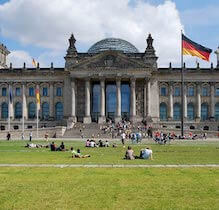 Disputes around the gambling sector of Germany have been going on for years, and now, finally, it happened - the heads of all sixteen lands still managed to come to a common denominator and agree on improving regulation on the online gambling industry. The new version of the legislation will be more in line with European requirements and norms.

In fact, the result of the conference was regarding creation of a new structure that would allow licensing of web-casino operators. Now German government will work towards changing the gambling legislation adopted back in 2012. As practice has shown, old legislation regarding online gambling is absolutely inefficient and unable to create the necessary conditions for doing business.

According to the CalvinAyre website, the legislation passed a few years ago limited the number of operators eligible for a license of operation in the web environment. The maximum number of such operators should not exceed twenty. This part, by the way, was most negatively perceived by European bodies, operators and other interested parties. And the Administrative Chamber ruled that such decision was a violation of the European Union's norm on freedom of service provision. After all, considering the fact that the German market is one of the most profitable and well-known, it is not surprising that the restriction of the number of licenses was perceived negatively.

The authorities tried to maintain the original plan without significant changes and simply doubled their number to forty, but a continuous line of legal proceedings did its job anyway. And in the future licenses will be issued without any restrictions and the requirements will be minimal.

During this period of limitations on operation of gambling establishments over the internet, LOTTO Hamburg was the main monopolist in betting and lottery, which by the way is governed by German authorities.

After the publication of the press release, the German DSWV association, engaged in sports betting, has already called it encouraging. The initiative to remove those borders was gladly accepted.

"The new legislation will work on a new principle. The state's monopoly on sports betting should not just be temporarily suspended, but rather completely abolished" - said president of DSWV Matthias Dams.