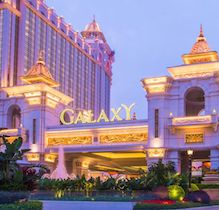 The Hong Kong company Galaxy Entertainment Group is considering the possibility of locating an integrated resort (IR) in Japan in case of luck to get a license in the next couple of years.

Francis Louis Galaxy’s Vice President said that the company had applied for information on seven different locations in Japan. Among them are five cities: Nagasaki, Osaka, Tomakomai in Hokkaido, Wakayama and Yokohama.

During a media roundtable held in Tokyo, Louis said: “At the moment, we continue to explore all the locations which in our interest for building an IR. Depending on the specific city, the demands, requirements and preferences of the authorities differ. The list includes both large cities, such as Osaka, and relatively small ones, such as Wakayama. Each of them is unique, so we need thoroughly examine the information before making a final decision.”

Louis explained that the company wants to apply an individual approach and find a solution that will contribute to the development of the city and will not be a repetition of existing attractions. He also added that non-game objects should also complement the features of the selected location.

Galaxy has not yet decided on local partners for work.

According to the new law on the work of IR, adopted in July last year, the Japanese government will allocate licenses for the construction of large-scale casino resorts to only three operators.

It is noteworthy that Galaxy did not consider Tokyo as a possible candidate for the IR project. However, the Japanese brokerage company Nomura called Tokyo, Yokohama and Osaka ideal locations for hosting a casino resort because of its dense population, the rapid influx of tourists and convenient infrastructure.

Recall that the residents of Yokohama have already expressed a negative attitude to the fact that IR can be built in their city.