For the first time, control over online gambling will be introduced on Curaçao 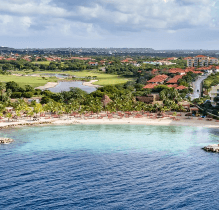 The supervision of the interactive gambling sector will be transferred from the Ministry of Justice of Curaçao to the Minister of Finance, who represents the local Gambling Control Board (GCB).

While Curaçao is a constituent country of the Netherlands, lawmakers called for new rules, claiming that online casinos licensed to Curaçao and serving Dutch players do not have the necessary permission to do so.

The local news publication Antilliaans Dagblad reported that there is a strong argument for expanding the control and designation of GCB as a single regulator of gambling on Curaçao. Kenneth Guysberta, Minister of Finance, explained that illegal gambling spoils the international image of Curaçao, and threatens the payment of prizes to players who choose illegal interactive gambling sites.

Until now, there has been no oversight of online games in Curaçao, even though activity has increased significantly in recent years and the audience of international players has increased.

According to the Minister of Finance, the supervision of the GCB covers all the gambling games offered on Curaçao and is applied uniformly in all sectors. The surveillance system also includes laws and regulations aimed at combating money laundering, the financing and spread of terrorism, as well as illegal gambling.

Gisberta noted that illegal operators do not contribute to the treasury, as they do not pay licensing fees or taxes on illegally acquired income and constitute unfair competition for legally operating companies.