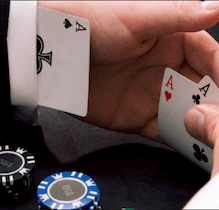 Novomatic AG, an Austrian gaming technology maker, has announced that it is the “premium supplier” for the new Corona Resort and Casino in Vietnam.

The gambling establishment, opened a couple of weeks ago, was the first casino in the country, which allowed local residents with high incomes to visit. The opening of the facility took place as part of the national pilot program.

In a written statement issued by Novomatic, it is claimed that the company provided for a casino on Phu Quoc Island with a variety of casino games terminals, a gaming management system and media technology for the gaming hall.

It is specified that Novomatic and its Australian subsidiary Ainsworth Game Technology Ltd put 200 slot machines and 125 terminals for electronic board games in the casino, which is about 35% of the slots represented in the gaming establishment. The company also added that the slot machines are adapted to the needs of the Vietnamese market.

The central element developed by Novomatic has become a platform for electronic board games, within which 125 positions are presented, including classic games such as roulette, baccarat and sic bo.

A total of 1000 slot machines are controlled by the Octavian myACP system developed by Novomatic. Novomatic Media Technologies Absolute Vision controls more than 400 television screens and monitors in gaming halls, as well as a specially designed LED video wall.

Lawrence Levy, vice president of global sales, said that Southeast Asia is an important starting point for Novomatic expansion, and the company is pleased to take part in the development of the gambling gaming industry in Vietnam.