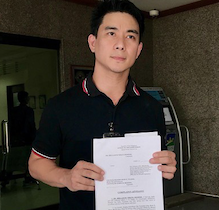 Three Filipino officials are accused of corruption in the process of issuing a license to a gambling company.

Advisor Brilante Inquing filed a complaint against three authorized persons from Paraniac to speed up the licensing process for several gambling and entertainment companies in exchange for a bribe. He called for the start of an investigation of officials - John Ryan Ullan, Edwin Benson and Executive Assistant of the City Council Rick Villanueva on the case of violation of the 6713 Law of the Republic and offering a bribe to the official.

According to Inquing, Ullan in April tried to bribe him through Villanueva to confirm that there were no objections to the gaming company that received the license. Inquing refused this, but later received another offer of a bribe from Benson, who unsuccessfully tried to persuade him to take the money and help the company.

It became known earlier that PAGCOR will temporarily suspend the process of issuing franchises for casinos in the Philippines by order of President Rodrigo Duterte.