EOS casino applications have become the source of income for hackers 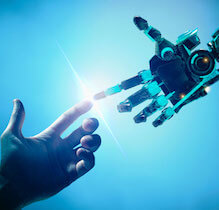 Hackers have chosen as the object of their attacks decentralized casino applications (EOS). Such applications work on the principle of betting with the random numbers generator.

Players are mainly attracted by the unpredictability of the algorithm, which allows the winner to be chosen randomly, that is, not by a biased method.

However, IT security experts at Peckshield Inc have warned that the EOS network code is extremely vulnerable, which allows hackers to interfere with the management of the random number generator, which is implemented in the eos.win type.

The company considered that the manipulation of results cost $1 million, and almost all casinos are facing similar expenses.

However, developers and application owners are not concerned with such attacks because of the insignificance of the amount of damage. The casinos don’t lose its profits, and expenses are paid by players who make bets and play fair.