Construction of a tribal casino in California will take place 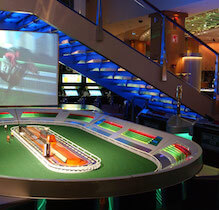 After many years of struggling to open a casino in Elk Grove, California, the Wilton Rancheria tribe finally set about building a gambling establishment.

The casino operator has already begun to demolish an abandoned shopping center, which was located in the city. It is planned that the cost of the casino in the finished form will be $400 million.

The tribe acquired property in 2016, hoping for no problems with abandoned property. It secured the permission and support of Governor Jerry Brown. However, the purchase of real estate has caused a huge number of legal problems.

Local residents, together with a group called Stand Up for California (SUFC), sued several lawsuits for various reasons: primarily because, in their opinion, the procedure for applying for a casino management violated the laws on Indian reorganization and national environmental policy. They also argued that the procedure was contrary to California state law on public records and the law of Ralph Brown.

Last year, a federal judge ruled in favor of the Wilton Rancheria people, and then supported the tribe again. SUFC tried to appeal the decision and did not give a move to the construction of a gambling establishment, but they failed.

Now the tribe can finally get to work and implement the project. It is planned that in addition to the casino, a hotel with 302 rooms, several restaurants, a spa and a conference room will be built on an area of 110 thousand square meters.

According to Raymond Hitchcock, chairman of Wilton Rancheria, this is a “new chapter” for the entire tribe.

Casino operations will be carried out through inter-tribal partnership and Boyd Gaming. At the same time, the company's leadership was supported by the California Senate in 2017: then both chambers unanimously approved the permission of Wilton Rancheria.