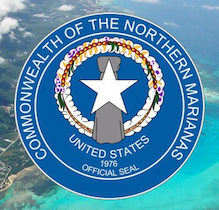 Imperial Pacific International also plans to open a casino in the archipelago territory in the near future.

According to the executive director of the commission Edward S. Deleon Guerrero, over the terms and conditions for obtaining the license, the organization worked together with the vice-president of Imperial Pacific International, Charles McDonald, who is responsible for compliance with existing requirements.

According to Guerrero, licensees must fulfill the following conditions: entrance fee of $1000; letter of intent from the IPI, sent to the commission; a contribution for investigation and attestation of $6,000; a business license of the NMI, as well as the establishment of limited liability for each operator. A special emphasis was placed on the program on combating money laundering and the financing of terrorism in NMI.