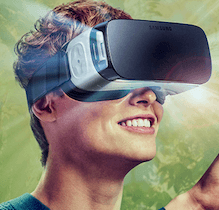 The facility is the result of a merger of VR entertainment and the restaurant industry in the Philippines. The zone will feature three Bandai Namco VR games, 5 IGT games and 10 vans with restaurant food and drinks. VR and dining are designed by Paris-based creative agency Malherbe Design and demonstrate the art of graffiti by Kookoo Ramos and DeeJae Paeste street artists.

“We are honored and happy to work with Bandai Namco and together pave the way for providing unusual entertainment that goes beyond the games and recreation in the Philippines,” commented Kevin Benning, COO of City of Dreams Manila.

Also, the government of the Philippines is considering the establishment of bandwidth restrictions for visitors to major tourist spots, such as those that were created on the island of Boracay.

What the gambling industry looks like today with virtual reality

Virtual reality (VR) is a new phenomenon. That is why it causes so much distrust, as well as surprise. Some perceive it as something from the realm of science fiction, but some casino software developers, such as IGT and Namco Bandai, are actively introducing this technology into the gambling zones of their facilities.

There is no doubt that the industry of future virtual online casinos will face many regulatory challenges. Some gambling jurisdictions are likely to completely ban it, while others will introduce severe restrictions that will reduce the flow of customers to this market.

After the introduction of VR-technology, the field of gambling has become even more interesting for users. Here everything is the same as in a real casino - croupier, tables, cards, slot machines. And every year the image quality is becoming clearer and more realistic.

Today, among other things, virtual reality is integrated into the betting business. Thanks to VR headsets, players can bet on a sporting event in real time and experience the whole event from the first-person view.

The giants of the Nevada casino industry have long complained about the reluctance of Generation Y to join traditional casino games. Most of them are console players and, naturally, get more pleasure from shooters like Halo 5 than from hypnotizing slots and triggering spins. But as experts concluded VR and skill-based casino games may capture the attention of the younger audience.

Meanwhile, the steady increase in the popularity of e-sports could not go unnoticed by the casino industry, which is gradually falling into despair in attempts to attract the attention of the younger generation. Nevada and New Jersey have already adopted amendments to their gambling laws, which allow "various payments" in the new types of slot machines. This was done in order to pave the way for existing slots that carry the features of skill-based games. For example, gambling laws state that the payout ratio of winnings should be equal for all players, but different payouts will provide the best coefficient for players who have achieved a certain goal in skill-based games.