Chinese casinos in CNMI complicate the life of US military 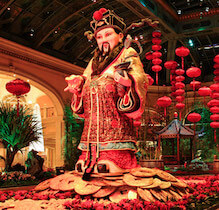 According to the US military, they are considering Chinese casinos in the Commonwealth of the Northern Mariana Islands (CNMI) as a threat to their activities in this region. This statement came after a report stating that projects supported by China, in particular on the Saipan and Tinian Islands, could undermine the US influence in this territory.

Last week, the US Economic and Security Review Commission (USCC) published a report of China's Participation in the Pacific Islands: Implications for the United States, expressing its concern about the Chinese gambling sites on the CNMI islands - Saipan and Tinian. The report says that CNMI is a strategic asset for the US military.

Recently, the Imperial Pacific on Saipan fell into the headlines after the FBI raid on the construction site of the casino, which was led after the death of one of the workers. The authorities found that the visas of many employees were fake, and the builders were completely illegally brought from China.

The report also identifies two proposed comprehensive resort projects on Saipan - under the supervision of Alter City Group and Bridge Investment Group - on Tinian. In Alter City said that the US presence will negatively affect the Chinese casino resorts in the area and will limit the economic potential of the island.

The Commonwealth of the Northern Mariana Islands and Guam is crucial for our position in the Pacific. And China seeks to control our access and limit our military presence in this region, - Lieutenant-General Wallace "Chip" Gregson commented on the situation.