Casino staff in Canada on the verge of a strike 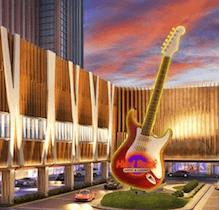 Employees of two casinos in British Columbia, Grand Villa Casino and Starlight Casino, decided to continue the strike. This can lead to negative consequences for the industry.

New unrest in the sector is repeated just three months after the return to work of the employees of Hard Rock Casino.

The British Columbia Service Workers Union announced the start of a strike on Twitter after 88.6% of employees at Grand Villa Casino voted in favor of a protest. The strike was also supported by 78% of Starlight Casino employees.

"Negotiating committees are going to plan the next steps," - representatives of BCGEU wrote on Twitter.

Stephanie Smith, president of BCGEU, said the strike was caused by the contract at Hard Rock Casino, which set a new standard for pay and benefits. Demanding equal pay conditions, employees of other casinos went on strike.

According to the new contract, wages for some employees were increased by 5–31%. Other benefits will also be implemented for the employees of Hard Rock Casino, such as a retirement plan.

Stephanie Smith said that the situation was extremely unfair, so the organization led by her will continue to defend the interests of its members.